Liberator is book #4 in the Dragons of Starlight series. This book has the original cover.

Recommended for ages 11 and older. For information on the best reading order in concert with the Tales of Starlight series, go to this link.

With an invasion by human forces looming, Jason, Koren, and Elyssa must warn the soldiers that the dragon king plans to unleash a deadly disease that will wipe them out. Yet Koren is already carrying the disease herself and will soon die if she doesn’t get the help she needs. As the battle for freedom on Starlight continues, the resurrected Starlighter, Cassabrie, may be the humans’ last hope. But will her risky plan be enough?

Be the first to review “#4 Liberator (Original Cover)” Cancel reply 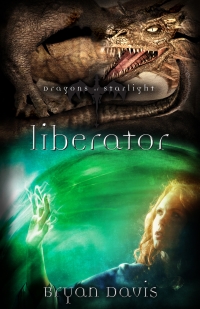