20 in stock (can be backordered)

The Enemy must be Faced, even in the Pit of Hell

The fake angels have been vanquished, but the devastation they caused remains—a world in fear of anarchy and a deadly contagion that might soon sweep across every continent. The angels also opened the Oculus Gate, allowing entry of a new breed of aliens. These “Refectors” are taking over human bodies that were purged of their souls by the angels’ toxic vaccine.

Ben Garrison’s highly skilled team, with the recent addition of Leo the huntsman and Iona, a sharpshooting teenager, must figure out why these possessed humans are traveling to remote locations near the Arctic Circle. Since satellite images indicate the presence of yet another alien race, the team’s quest to Alaska and Siberia to learn the truth becomes even more dangerous.

Also, a message from Ben’s departed commander provides a cryptic clue to the existence of the root of all the alien evils, a self-styled sorceress from hell who seems able to calculate every move her opponents make.

Ben and company must invade hell itself to find this ancient sorceress and conquer her in hopes of ending the plagues on mankind once and for all. 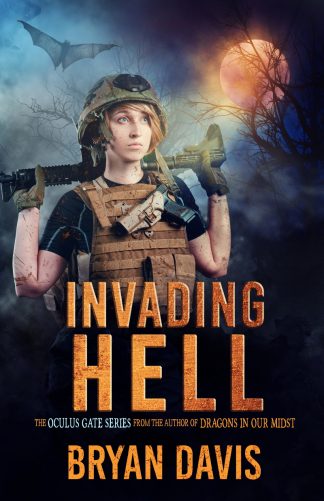