Search for the Astral Dragon

Search for the Astral Dragon, book #1 in the Astral Alliance series, is a space opera for middle grade through young adult.

Search for the Astral Dragon, book #1 in the Astral Alliance series, is a space opera for middle grade through young adult.

Branded as a pirate, collared like a dog, chained to a wall at night, and isolated as a prisoner on a journey to another planet, could the situation get any worse for thirteen-year-old Megan Willis?

Much worse. Megan’s parents have been sentenced to death, and now she is speeding away through a space-fabric wormhole, unable to try to save them. Also, her ship’s captain frequently interrogates her about a mysterious gem called a dragon’s eye, and he delivers punishing shocks through her collar when she refuses to reveal its location.

Megan has one slim hope. They will soon land, and most of the crew will leave on a mission to find the captain’s kidnapped son. Then maybe, just maybe, she will be able to free herself, sneak away, and search for her family’s ship, the Astral Dragon.

Seemingly impossible barriers stand in the way. The crew of a hostile ship wants Megan and her dragon’s eye for themselves, and slave traders on the planet are always on the prowl, looking for their next captive. They have no idea that Megan is far from the easy catch she appears to be. 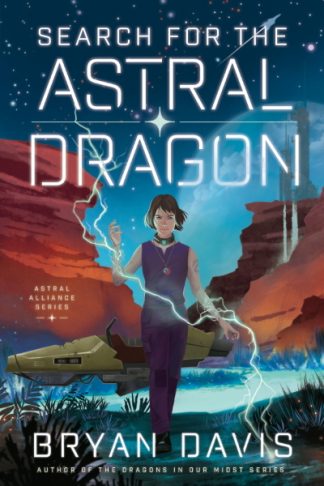