Reaper Reborn is book #3 in The Reapers Trilogy. Recommended for ages 13 and older.

The world is in chaos. Alex is sending powerful killing machines into Chicago to enforce her will, Reapers are being rounded up and executed, ghosts are everywhere with no one to collect them, and a cruel terrorist is strapping firebombs to children.

Reapers Phoenix and Shanghai come into possession of a mirror that once teleported its bearers wherever they needed to go. Alex is obsessed with stealing it, but so far no one, not even a heavenly Sancta who joins the Reapers, knows how to get it to work.

Hoping to stop Alex’s rampage, the Reapers create a shaky alliance with a known murderer; battle against time, fires, and bombs to save children from incineration; and face near-certain death themselves at every turn.

All the while, Phoenix is slowly coming to realize that the only way to save the world is to face Alex one on one, knowing that doing so could result in the death of the person he loves more than anyone.

Reaper Reborn is book #3 in The Reapers Trilogy. Recommended for ages 13 and older. 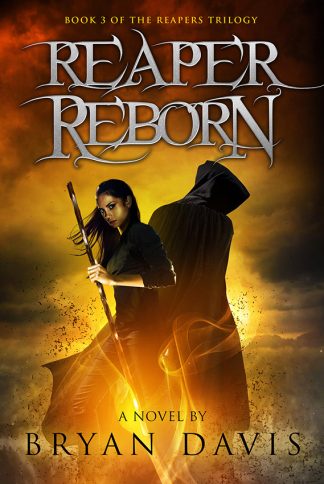