Viral Execution is book #3 in the Cantral Chronicles trilogy by Amanda L. Davis, daughter of Bryan Davis. Recommended for ages 12 and older.

12 in stock (can be backordered)

With microchips implanted in their skulls at birth, the slaves of Cantral and Cillineese labored under the tyrannical rule of the nobles and their computers for decades. Monica, a noble who avoided the implanting and lived as a slave until the age of sixteen, freed the slaves by risking her life to destroy the computers in those cities.

Now she has to embark on an even more dangerous journey across the ocean to the Eursian continent where a rogue noble has established a governing system of his own that was not affected by Cantral’s downfall.

In the meantime, the freed slaves of Cantral are taking revenge on their former masters, including the very people who saved them. Monica and her friends Simon and Aric must escape the city and reach Eursia in time to stop the rogue noble’s implementation of his system, which would enslave everyone in that part of the world.

As the only chip-less person in the world, the fate of millions rides on Monica’s shoulders. She must find her long-lost mother, destroy the Eursian computers, and free the slaves before Eursia suffers the fate of Cillineese—complete termination. 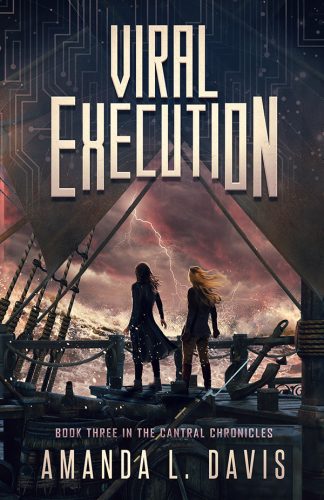