23 in stock (can be backordered)

Dystopian adventure for teens and pre-teens. Book #1 in The Cantral Chronicles Trilogy

Instant Termination Could Strike at Any Moment

With microchips implanted in their brains at birth, the slaves of Cantral and Cillineese have labored under the tyrannical rule of the nobles and their computers for centuries. Monica, a noble who avoided the implanting and escaped a death sentence at the age of four, is now sixteen and has gone into hiding. She lives with the slaves inside the walls of the Cantral palace, pretending to be one of them while the slave council plots a way to use her chip-less state to destroy the all-powerful computers that strike down any hint of rebellion.

The fate of millions rides on Monica’s shoulders. As the only chip-less person in the world, she must find a way to destroy the computers and free Cillineese from the nobles’ iron fist before they strike with the ultimate punishment-death for everyone inside the city walls. 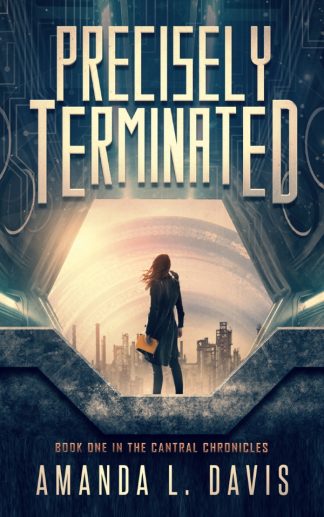