This MP3 audio disk contains the full audio text of Omega Dragon, the fourth book in the Children of the Bard series.

Audio version (MP3 Disk) of Omega Dragon, the fourth book in the Children of the Bard series. Recommended for ages 12 and older.

Omega Dragon:  In this final episode of Children of the Bard, Matt Bannister carries the corpse of his twin sister, Lauren, into Abaddon’s Lair, the wellspring of resurrection power. Along with Listener, he hopes to solve the mystery of this sacred chamber and restore Lauren’s life. When he reads from Abaddon’s secret resurrection book, disaster strikes, and he and Listener are forced to seek a different path where they are faced with another catastrophe—an ice storm laced with a villain’s potion that threatens to kill every inhabitant of Second Eden.

In the meantime, Marilyn Bannister seeks a way to enter Second Eden. She must restore the great dragon Clefspeare so that he can battle Arramos, the draconic manifestation of Satan. Arramos has been capturing and killing children as a way to bring God’s wrath upon the Earth, and only Clefspeare is powerful enough to stop him.

Transporting Clefspeare into Second Eden is possible, and only Sapphira Adi, the great Oracle of Fire, is able to open the secret portal to that world. While in the midst of apocalyptic destruction, Sapphira, Elam, Billy, Bonnie, Walter, and Ashley battle Arramos as he tries to thwart their plans and enter Second Eden himself. His goal? Complete annihilation of that world.

Heroes and heroines fight evil in order to save helpless innocents from Arramos as he kills, maims, and destroys. All seems lost against this unholy terror, and their only hope is the restoration of Clefspeare, the Omega Dragon. 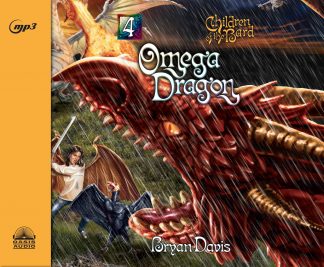