This MP3 audio disk contains the full audio text of The Seventh Door, the third book in the Children of the Bard series.

5 in stock (can be backordered)

Audio version (MP3 Disk) of The Seventh Door, the third book in the Children of the Bard series. Recommended for ages 12 and older.

In The Seventh Door, an apocalypse approaches, and only Matt Bannister and his mother, Bonnie, can stop it. Forced to participate in the demon Tamiel’s scheme, Matt, Bonnie, and Darcy, (Matt’s former foster sister) must travel to seven destinations. Behind each of the seven doors, they find a unique brand of evil that is designed to weaken Bonnie’s soul-healing song and bring about God’s wrath upon the Earth.

In the meantime, Matt’s twin sister, Lauren, searches for their father, Billy Bannister, who has been captured by Tamiel’s soldiers. Lauren is accompanied by Walter, Ashley, and the dragoness Roxil in a desperate attempt to rescue Billy before his captors can carry out their plan to kill him.

Since Sapphira Adi has also been abducted, Elam, Yereq, Makaidos, and Thigocia travel toward a stronghold designed to keep Sapphira’s fiery powers under control. Along the way, a great disaster strikes that threatens their journey as well as Matt’s and Lauren’s hopes to complete their missions.

By the time Matt and his companions face the seventh door, ancient mysteries are solved, dark secrets come to light, and they learn that opening the door will bring doom upon the planet. Yet, a great tragedy befalls the company, and the only remedy is to seek the power that lies behind The Seventh Door. 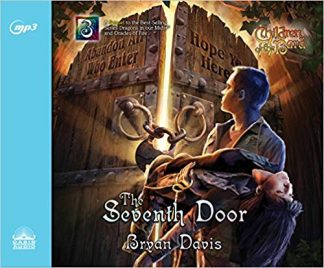