Bard #2 From the Mouth of Elijah Audio Book

This MP3 audio disk contains the full audio text of From the Mouth of Elijah, the second book in the Children of the Bard series.

10 in stock (can be backordered)

Audio version (MP3 Disk) of From the Mouth of Elijah, the second book in the Children of the Bard series. Recommended for ages 12 and older.

In From the Mouth of Elijah, Lauren and Billy set out on a journey to find Bonnie, hoping Lauren’s gifted hearing can track down Bonnie’s never-ending song. At the same time, Walter and Ashley search for clues to cure a mysterious disease that threatens to kill the original anthrozils, including Jared, who was once the great Clefspeare.

Both journeys are fraught with peril as Lauren and Matt are thrust into Second Eden, where a volcano, Mount Elijah, has erupted and devastated the land, killing many of the residents. Matt uses his gifts of healing to save some of the victims, and when he finds Bonnie, he engages in another life-or-death battle with Tamiel’s forces in an attempt to free her.

In the meantime, Lauren learns that she is the only person who believes the cure to be possible, so she begins a search for it. Along the way, she gains an unusual companion who prepares her for a heart-wrenching decision. Her choice is simple: Sacrifice her own life or let the anthrozils die. 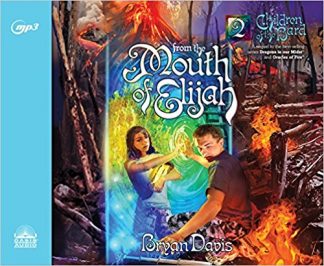