This MP3 audio disk contains the full audio text of Song of the Ovulum, the first book in the Children of the Bard series.

Audio version (MP3 Disk) of Song of the Ovulum, the first book in the Children of the Bard series. Recommended for ages 12 and older.

Song of the Ovulum – It has been fifteen years since Billy and Bonnie Bannister helped repel the demonic assault on Heaven. Now they and Ashley sit in a maximum security prison where the authorities conduct experiments on them to learn the secrets of long life. Earlier, the world’s acceptance of dragonkind crumbled, and the Enforcers took the infant twins born to Billy and Bonnie and stole Excalibur, hoping to develop a weapon to battle the dragons that are sure to try to rescue their allies. All the while, a great secret from the past is being revealed to Bonnie through a dream. Joran and Selah, teenaged children of Methuselah, have been trapped in a strange world for centuries, yet still able to manipulate certain events in our world during that time. The fate of all prisoners now rests on the Bannisters’ two teenagers who must battle demons, a sorceress, and soldiers in a military compound in order to rescue parents they don’t even know. 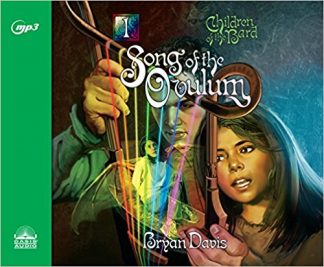